O.K., by now pumpkin might be getting a little old for most of you, but here's one more recipe I'll throw at you.  The pumpkin taste isn't as prevalent and there are chocolate and cheesecake tastes to boot!   I will admit that instead of being a purist by making the homemade portion of these brownies, I took the easy way out and used a box brownie mix and kept the recipe limited to the yummy pumpkin cheesecake topping.  Without further delay, here is the recipe for Pumpkin Cheesecake Swirl Brownies from Table for Two Blog: 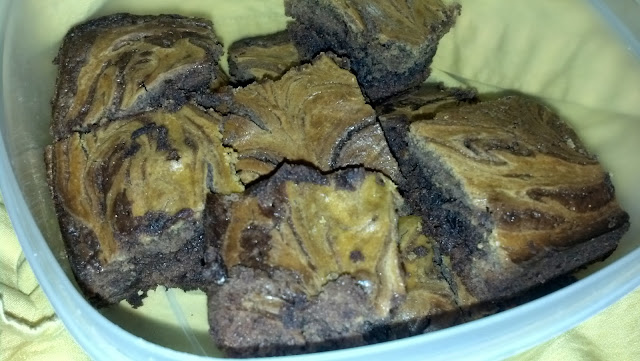 1 box brownie mix (and all the ingredients required to make them) (I would suggest a "moist" brownie mix - advertised as extra fudge or rich)
4 oz cream cheese, softened to room temperature
1/4 c. granulated sugar
1/3 c. pumpkin puree (you can use canned pumpkin and puree it with a blender)
1 large egg (in addition to any that might be required for the brownie mix)
1 tsp. pumpkin pie spice

Prepare oven according to brownie mix directions.  For best results, use a parchment lined pan and spray it with non-stick spray.  After preparing brownie mix and pouring it into the pan, set aside and make the topping:

Beat together cream cheese and sugar until fluffy.  Add pumpkin puree, pumpkin pie spice and egg and beat until well mixed.  Using a tablespoon put spoonfuls of the topping onto the brownie batter.  Using a toothpick or knife, swirl it around into the batter.  Don't forget to make some pretty patterns!
Bake the brownies according to directions (about 35-40 minutes).  Definitely don't over bake.  If your mix offers you the difference between a chewy brownie or a more cake-like brownie, choose the chewy - you don't want these like cake.  After baking the center should still be jiggly.  Let cool 20 minutes and then use the parchment paper to lift out of the pan onto a wire rack to cool completely.  After cool, put them in the refrigerator for 30 minutes before cutting.

Here they are.  (Again, photographing food is not by best skill): 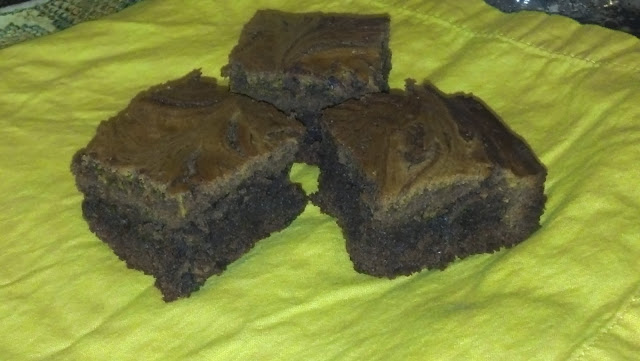 Enjoy for the holidays or anytime during the year!

All About Arizona - Desert Winter 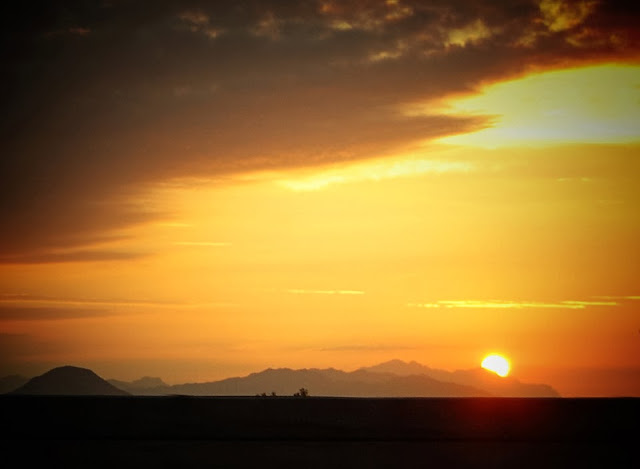 Today Sun stretched out to kiss Moon,
Tenderly touching the midnight clouds
Until they blushed in purple hues.
Shy Moon faded, slipping a wan glance at her suitor.
Sensing no return embrace, Sun draped his rays
Over the shivering shoulder of a waiting mountain,
Awakening the desert

Saguaro lifts his arms to the warmth.
Javalina collectively shuffle to the shade of creosote.
Coyote dogs slunk
After a night of howling and carousing.
In single file Quail whispers
Good morning to her briskly moving brood
Under azure skies. 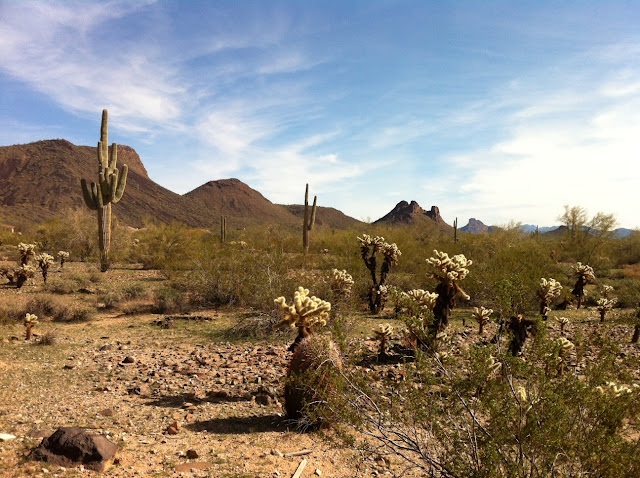 Sun beams, strides warm
Patiently steadfast, this steward of the day
Lingering then, yearning, reaching back
Toward twilight tendrils and tomorrow's chance
To kiss his Moon. 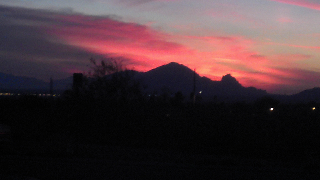 The BEST Pumpkin Bars Ever!

It's Pumpkin Palooza week and here is a recipe that lives up to its name.

The BEST Pumpkin Bars Ever


No kidding - these are the ones!  I don't know if I ever tasted a pumpkin "bar", but these things are the bomb!  I can't take credit for any part of this - not the title, the recipe or the awesomeness, but I do want to introduce you to one of the most fabulous pumpkin things I have ever eaten. 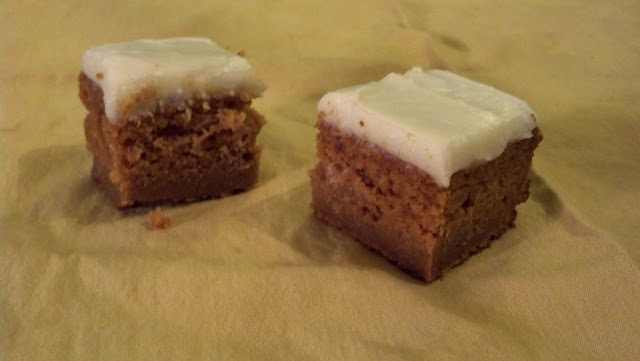 I found this recipe through a beautiful photograph on Pinterest.  That led me to Mique at 30 Handmade Days and her great recipe.  Click through the link to her post and the recipe; it's written out in a way you can print it or save it.

These bars are definitely not for those on a diet - they are made with oil, eggs, sugar, pumpkin and a few other ingredients.  They have a consistency almost like a moist brownie.  The frosting is a homemade cream cheese frosting (which I plan to use on many more recipes).  They can be baked in a shallow pan like a cookie sheet.  I chose to use a 9 x 13" pan, so mine are deeper and denser. 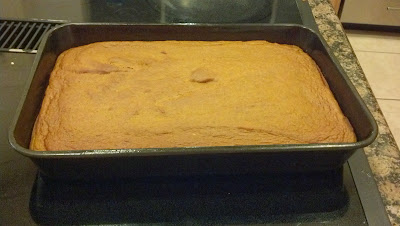 The taste?  You can eat them cold, or better yet, warmed with the frosting melting slightly.  When they're cold, they taste like a wedge of pumpkin pie, but with a firmer consistency.  When they are warmed up, they melt in your mouth.  They stay firm and moist, even after a couple of days.  We stored them open in the refrigerator and cut them as we ate them, and they never dried out. 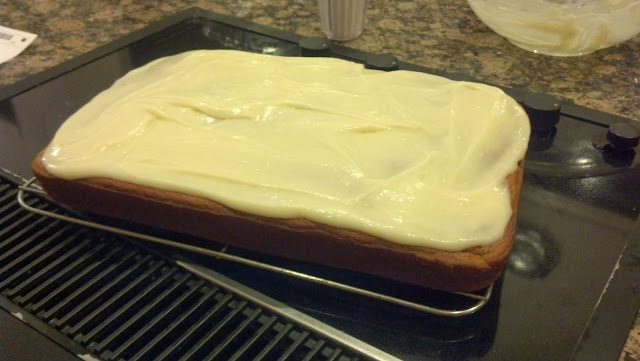 These pumpkin bars passed the picky test with my kids and husband, which is impressive for a pumpkin dish.  This recipe is definitely a keeper and one I plan to pull out for a party this weekend.

Have you had enough pumpkin yet with Halloween?  It's time to stop looking at it like a porch decoration and bring it into the kitchen!  (O.K., don't bring the rotting pumpkin on your porch into your house, it's just figurative.) 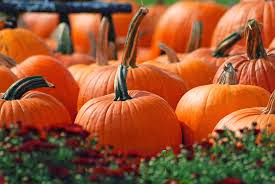 Seriously, now is the time of year for pumpkin recipes and here at Straddling the Gap I'm trying four recipes I've found in various places - Pinterest, Facebook and family recipes.  I can't guarantee they will all be great, but I promise to let you know if they aren't.  If you find the right recipes, add them to Thanksgiving or other holiday festivities.

The four recipes (five if I really get ambitious before the end of the week) I'm making are all desserts.  I'm just not adventurous enough to make savory pumpkin dishes because I know my family won't give them a second glance.  Truthfully, they will be the picky taste testers on the pumpkin desserts.

So, get some cans of pumpkins, sugar, eggs, flour and a couple of mixes and get ready! 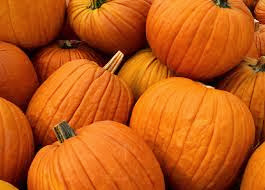 Here's another one of those recipes you see on Facebook.  This one looked so yummy, there was no way to resist.  It doesn't hurt that I love oatmeal and don't get to eat it much.  And if that isn't enough - it's in the crockpot so there is no work!!  'Nuf said - here we go.

Place in your crockpot (in this order): 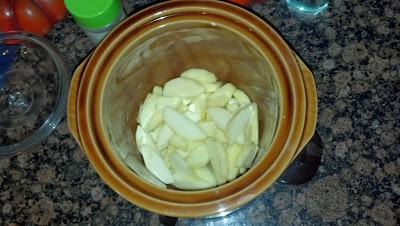 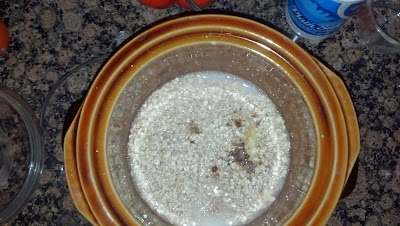 Cook overnight, about 8 hours on low heat.  (My old crockpot runs really hot, so I only did it about 5 hours).

In the morning, give it a good stir and add a little more milk if needed.  This stuff was awesome and I'm keeping this recipe! 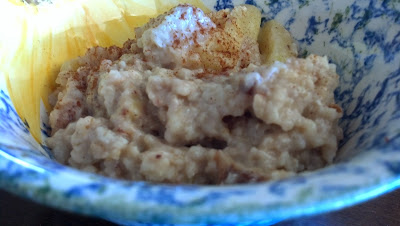 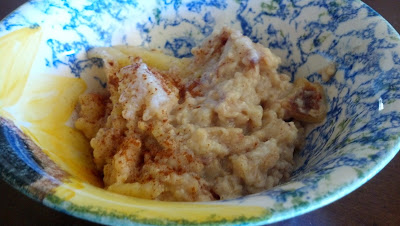