First, let me start by saying this is NOT a political post.  Having said that, a year ago who ever heard the term "fake news" or "alternative facts"? Today, we know these terms all too well.  Just in case you've been on the moon for the past 6 months, "fake news" is an article that grossly exaggerates, and in some cases, presents false information.  "Alternative facts" are actually defined by a particular event (look it up on Wikipedia), but generally are statements presented as facts, without evidence (and maybe evidence to the contrary) to support them.

I am soooo over fake news and alternative facts. So what do you do to avoid this stuff?  Facebook is working on a filter which is good because most of this stuff is on social media. If you need relief before that, here are my rules:

1.  If the title leaves you hanging ("...and You Won't Believe What Happened Next!"), it's probably a ploy to get you to click a link to a story that has very little or no content.
2.  If there is a sensational photo attached to the title, especially if the title suggests something that seems implausible, it's fake news.  You may end up looking at stock photos with lots of ads.
3.  Look at the name of the website associated with the link.  If you've never heard of it before, it's probably not a reliable source of news.
4.  Finally, if no mainstream news sources are reporting a fact, it's probably "alternative."  You can also use Google and confirm that if you don't see similar information from reliable sources.

We are living in some strange times, and there is enough craziness out there without dealing with fake news and alternative facts.  Just say no to the clicks and keep your blood pressure down!

While the Super Bowl is over, I have to share a great recipe we love, especially in winter.  This recipe is also very low-carb, which is a bonus for me.  It was a big hit for our guests, and even if we didn't appreciate the result of the big game, we enjoyed the chili.

The trick to this recipe is the use of pork instead of chicken.  Pork stays tender.  Also, note that depending on the brand of green chile you use, your chili may be more or less spicy.  That's why at the end of the instructions it describes the use of the jalapenos or hot sauce as optional. 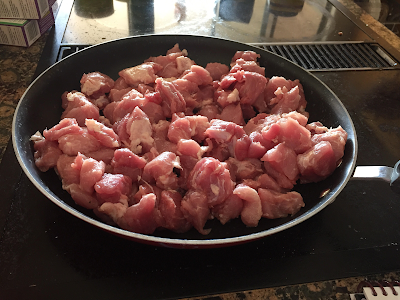 This stuff is so good! 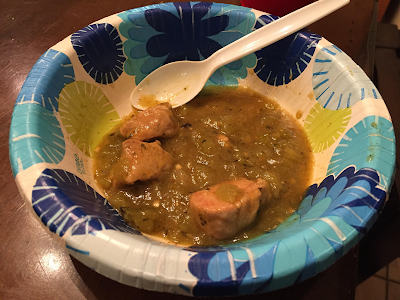