What, might you ask, does one have to do with the other?  Oh, I think, more than you know.  First, they both cause anxiety for kids and parents.  Another is that they involve practicing step-by-step operations.  Third, they both involve crap. 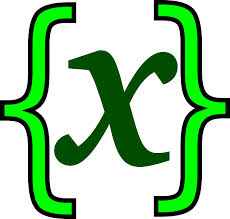 Let me say up front that I don't like algebra.  I didn't like it in the 8th grade when I was expected to teach it to myself.  I didn't like it much as a freshman with Mrs. Huber and I positively hated it in college.  So when my son struggled with 8th grade algebra, I called my husband the "Mathlete" and asked him to step in.  Funny thing for my husband - when you are good at something, it's not always easy to understand another person's inability to "get it."  I now have to relearn it myself.

Potty training this particular child was also difficult.  Why doesn't he get it??  We would go through each step from sensing he had to pee to washing his hands.  It was just too many steps and a lot of bad aim.

So after failing algebra, we knew we had to do something, because as everyone knows, all math classes build from algebra.  We signed Christian up for an online summer school and braced ourselves.  My first shock was to discover that his professor was Mr. Huber.  What?! That was the name of my freshman algebra teacher!  This was going to be scary.

Now into our third week, we are progressing.  Our biggest struggle is getting him to write out the steps to solve equations.  He is good at deciphering in his head, but with multiple computations in algebraic equations, it doesn't work.  He seems determined to do it his way, and I see that obstinate little boy who can't consistently make it to the bathroom.  At least then he didn't give me the backtalk with the stubbornness.  Tonight after our nightly lesson, I asked him why he had to be so stubborn about not doing it the "right way."  He responded that he was just like me.  Ouch.

Maybe that's why I never really "got" algebra.  Maybe this time will be different for me and him.  Hey, we always used to say he would not go to college in diapers and we were right about that.