The Tooth Fairy and Economies of Scale

What is the going rate for a molar these days?  How about a regular tooth?  If the tooth loser doesn't put the teeth under the pillow, is the Tooth Fairy obligated for "back pay"?  I have been pondering these deep philosophical questions all evening.  I finally did some research with CBS Moneywatch which reported that as of April 2010, the going rate in Manhattan and New Jersey was $5.00 for the first tooth and then $3.00 after that.  In the boonies, the rates are more like $1.00.

My son is currently at a standstill with tooth loss at 12 years old.  It's not that he has all of his permanent teeth, it's because he hasn't lost any molars other than the ones that were pulled for braces.  On the other hand, there is a run on the Tooth Fairy based on my 10 year old daughter's teeth just popping out, including two molars in the last two week.  She hardly thinks about the Tooth Fairy anymore.  I'm not sure whether she gave up after the Tooth Fairy inadvertently left a tooth under the pillow for a day (or two), or whether the Tooth Fairy just doesn't pay enough to make it worth her while. 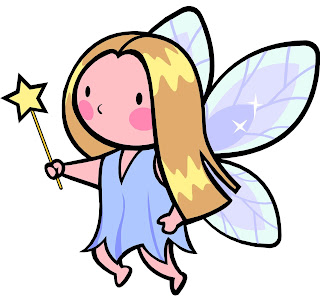 When I was a kid, the Tooth Fairy paid a standard rate of $0.25 per tooth.  This was an outrageous inflationary rate according to my older siblings, who were lucky to get $0.10.  Cry me a river - gas was $0.32 then too.  Now my kids are not impressed with anything less than $1.00.  Personally, I think the Tooth Fairy's payout is based on her liquidity at the time the tooth is under the pillow.

Tonight I have it on good authority that the Tooth Fairy is feeling both guilty and neglectful for teeth that were left under the pillow or not even offered for her purchase.  Based on that, I think a molar will fetch $5.00 in hard currency (but not gold or silver) this evening.  Lucky for the Tooth Fairy that this kid sleeps so soundly she could use a jack to raise up the pillow, take the tooth and leave $5.00 in singles without interrupting a single snore.

That Tooth Fairy really has a cushy assignment in our house.